While flexible membranes for waterproofing suspended slabs are commonly used, their characteristics limit performance; drawbacks that the Xypex solution overcomes.

Membrane waterproofing is typically much more expensive when compared to Xypex crystalline waterproofing. Furthermore, on-going maintenance requirements are more frequent and come at a greater cost.

While the procedure for using Xypex as a stand-alone waterproofing solution for suspended slabs requires careful attention, membranes are commonly prone to installation errors. Typically, poor surface preparation and poor seam and termination detailing can lead to early degradation and failure.

Xypex Admixtures and Xypex Coatings impart a unique blend of chemicals to concrete. These chemicals drive a process that causes the formation of a non-soluble, permanent crystal structure within the concrete.

The crystalline structure develops from a reaction between the Xypex chemistry, the constituents of hardened cement paste and water. This reaction will normally take days to weeks to create a crystal structure that is robust enough to heal hairline cracks and densify the matrix. At this point, water ingress through the concrete is stopped.

The macro image shows a well-developed Xypex crystalline structure with interlaced crystals and air spaces between them. This dense yet random matrix of crystals creates such a tortuous pathway, that water cannot penetrate the voids and cracks of the concrete.

While this technology is well proven to provide very effective waterproofing of stable, non-moving cracks in concrete, crack movement can cause the crystals to crush. This allows a leak path to again form in the crack or void. Experience proves that the chemistry inherent in Xypex enables re-healing of these cracks over and over again, a process normally taking several days. During this time minor leakage of water through the crack may occur.

The risks of concrete cracking

Concrete cracks for a variety of reasons, the most common being short and long term shrinkage. All concrete will shrink to some degree and thus cracking will occur in almost all concrete elements. However, concrete elements vary depending on their orientation and loading.

Below ground walls, slabs on ground, walls of water holding structures and soil retaining walls are a few examples of concrete elements that are highly stable. This is because they are normally fully supported, or have no variable live loads, or rapid thermal change. The cracks in these types of elements rarely move, except when there is a seismic or other unusual event.

Conversely, suspended slabs normally undergo variable live loading and may, if the loads are large enough, deflect or flex. They may also be subject to daily or seasonal temperature changes that can cause crack movement.

In the case of a parking slab or bridge deck there will likely be a blend of cracks – some that are stable and never move, others that move every time a vehicle passes over the area.

Conversely, experience has shown that suspended slabs that have lighter live loads can be quite stable. Podium slabs over basement parking areas that have pedestrian traffic only, or have landscaping layers, have been successfully waterproofed with Xypex. These types of slabs often exhibit few or no moving cracks, with any leaking hairline cracks being healed by Xypex to produce a long-term waterproof structure.

In traditionally reinforced slabs, through slab cracks are readily visible from the top and bottom. Suspended slabs, like most concrete, develop shrinkage cracks. It is normal for some of these cracks to move under varying live loads, while some will not.

When considering Xypex crystalline waterproofing for this type of slab, the probable locations of potential cracks should be identified during design. In these locations, control joints should be sawn into the slab shortly after placement. Saw-cutting draws movement and cracking to these pre-cut locations. These control joints can then be filled with a flexible sealant to ensure waterproofing of moving joints/cracks in the slab

It is recommended that varying live loads similar to, but not in excess of expected long-term design loads, should be introduced to the slab as early as possible. For instance light vehicles might be encouraged to park on the slabs of an underground parking area during the construction phase. This allows water from the vehicles to heal the cracks, while encouraging any non-anticipated moving cracks to form.

Any cracks that don’t heal can be identified from below and crack-chased to open them to an acceptable width and geometry. These moving cracks are then filled with a flexible sealant at the upper slab surface to waterproof them (maintenance of this flexible sealant will be required periodically). Other movement-accepting crack sealing methods may also be effective, such as polyurethane grout injection .

Precast plank and double-T structures will normally have significant movement at precast panel joints/edges. Cracks will telegraph up through the topping slab at the joints between the precast members. Properly timed saw cutting at these locations, before filling with a flexible sealant, will waterproof these moving control joints.

The use of Xypex Admix in the topping slab along with the detailing of these joints will provide a waterproof, chloride resistant structure with very low maintenance requirements.

Post tensioned slabs generally have very little visible cracking. This is because the post tensioning cables pull the slab together in such a manner, that no part of the slab is ever in tension.

This lack of significant cracking in most post tensioned slabs, makes the use of Xypex an obvious choice, due to it’s proven ability to waterproof and protect this kind of slab.

Cracking can occur, however, at locations where the slab is restrained from moving. An example of this would be around stair wells, lifts and large shear walls. This can result in visible, through slab cracks. These may move on an on-going basis under the live loads of the structure. In this instance they should be crack-chased and sealed.

One of the challenges of post-tensioned slabs is that, while cracks may not be visible, they may nonetheless be present. Some of these cracks may experience on-going movement. If their location on the slab surface can’t be identified, repair can prove challenging.

It is critical in post tensioned slabs that all water be kept from getting into the post tensioning ducts and cables. This must be considered in the detailing of the waterproofing system used.

Xypex considers composite concrete slab on steel decking as one of the assemblies that needs more careful consideration.

These types of slabs are similar to a traditionally reinforced slab for cracking and movement characteristics. However, as the bottom of the slab is a formed steel sheet, leaking will manifest itself as water dripping through a seam in the steel decking that forms the underside of the slab.

As the in-place formed-steel sheet is covering the concrete from below, identification of the cracks which are leaking and require repair with a flexible sealant is next to impossible. Furthermore, any water that does get through the slab can become trapped against the steel, causing corrosion damage. Issues regarding water infiltration between the upturned steel at the slab edges and the concrete have also been reported

In all suspended slab applications the risk associated with periodic leaking should be carefully assessed and considered.

There are low risk slab applications, where occasional minor leaking is acceptable such as:

There are also places where traditional roofing membranes will not be effective such as in areas with:

In these instances Xypex crystalline waterproofing may be the best choice. This is due to its’ cost, low maintenance requirements.

In some instances designers choose Xypex crystalline waterproofing as a backup to the traditional movement-accepting membranes. Examples of buildings where this might be the best aproach are:

Using Xypex in combination with another product will provide low cost reinforcement to the primary waterproofing assembly.

The use of Xypex Crystalline Technology as a stand-alone solution in suspended slabs provides many benefits. However, these must be carefully considered against the risks.

Furthermore, successful implementation depends on the assessment of potential ongoing movement and a strategy for treatment of these locations. When implemented correctly a Xypex crystalline waterproofed slab can be the best solution for a project.

When considering Xypex Crystalline Technology as a stand-alone system for waterproofing of suspended slabs, it is recommended that the design team contact their local Xypex Technical Services Representative for guidance and assistance. 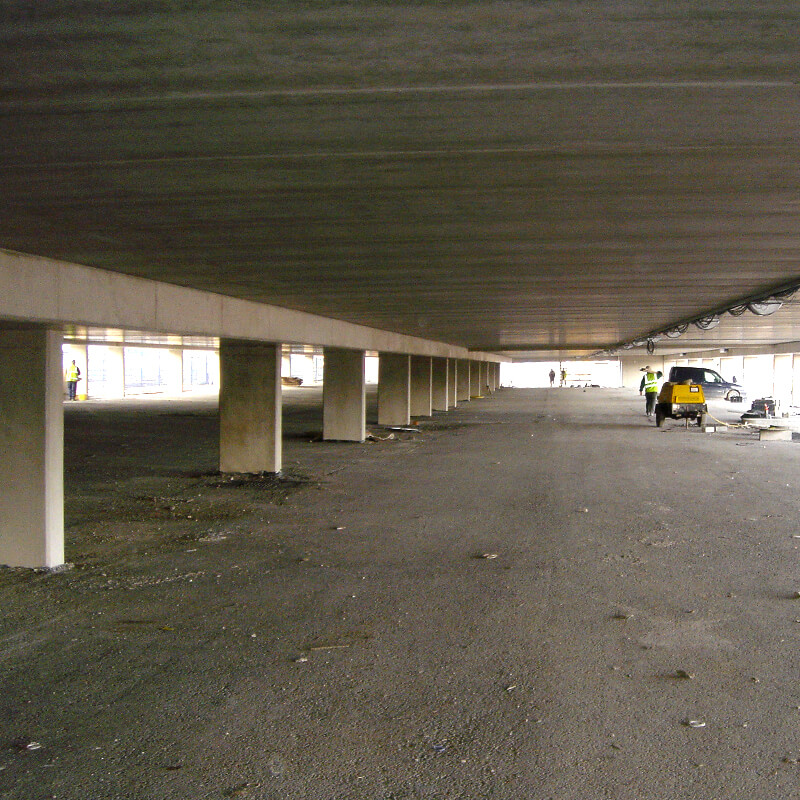 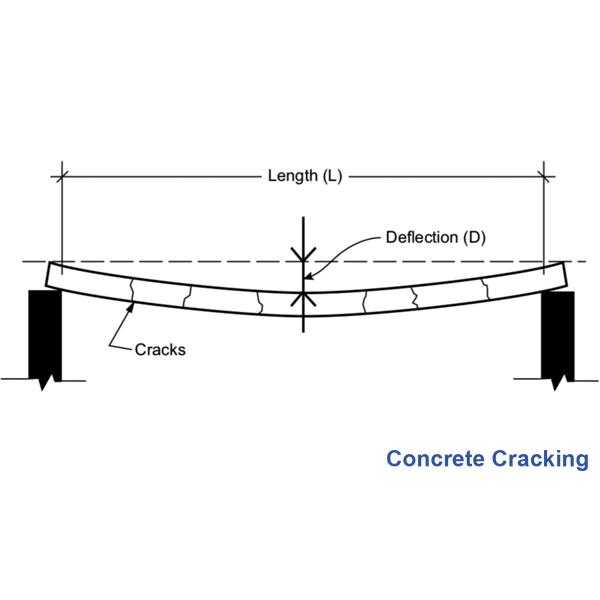 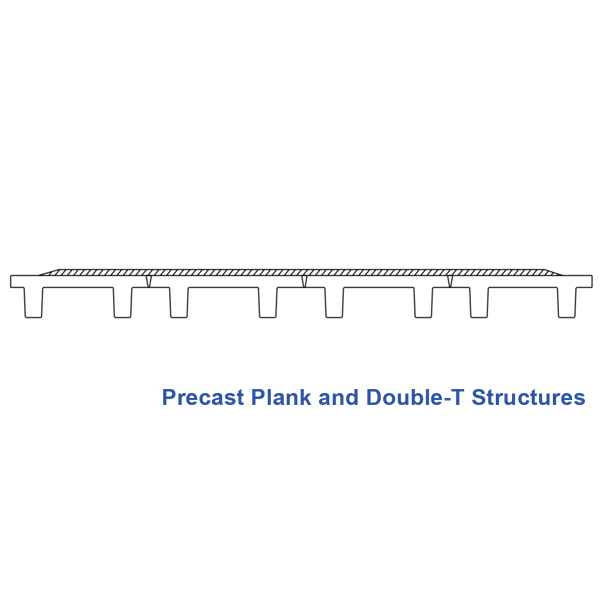 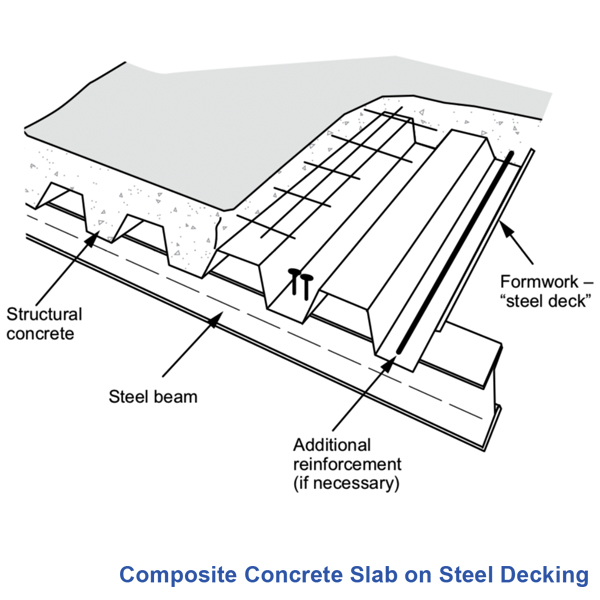 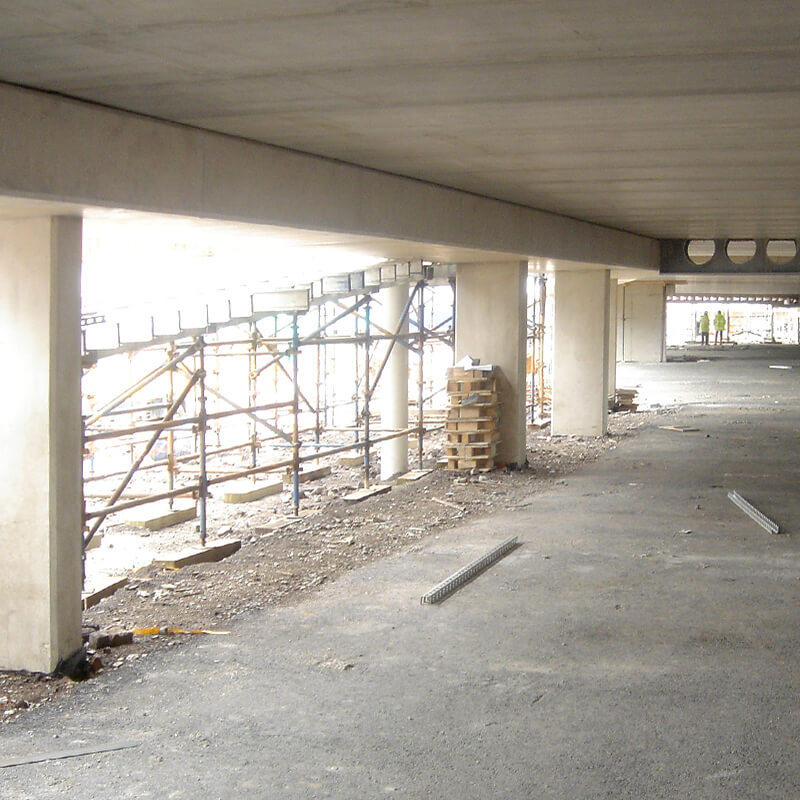 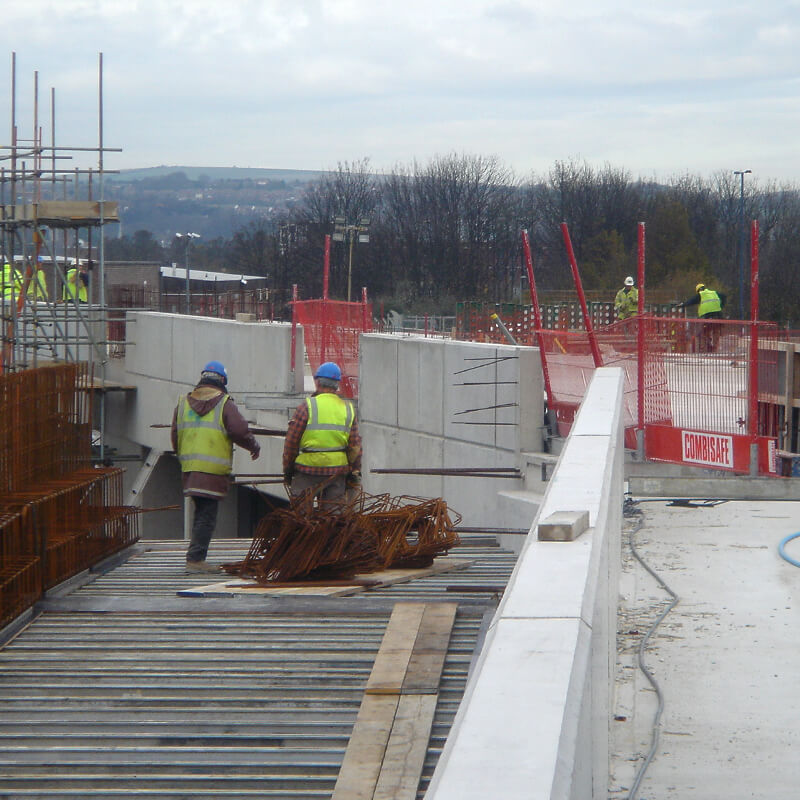 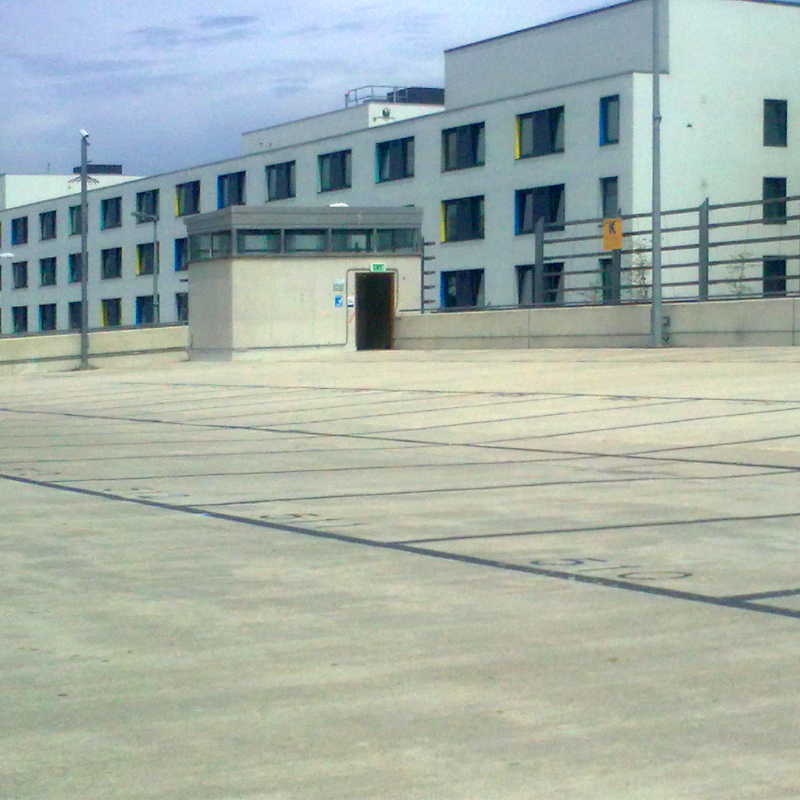