The effects of cold Weather on the performance of Xypex waterproofing

For temperatures near or below freezing

This information is intended as a guide for what can be expected when using the Xypex crystalline technology in cold environments*. A basic awareness of the effects of cold temperatures on Portland cement materials in general can help in the understanding of Xypex-treated concrete under such conditions.

Concrete producers and contractors are well aware of the tools and techniques needed to address the typical issues facing concrete placement in cold weather. What is not well understood is the impact of cold temperatures on concrete strength-gain and Xypex waterproofing.

The challenges of waterproofing with coatings & admixtures in cold weather

Most methods for waterproofing concrete structures are affected to some degree by cold temperatures. This includes Xypex coatings and admixtures. Indeed, many coatings cannot be installed in cold temperatures. Elastomeric materials often lose their elongation capabilities as the temperature drops. Moreover, most crack-injection products react slowly, becoming too viscous to penetrate well, thus becoming ineffective. In fact, if there is any ice in a crack, injection materials will normally fail.

The process by which concrete hardens is called “hydration”. Hydration is an exothermic chemical reaction in which heat is generated, and a hardened cement paste (calcium-silicate-hydrate gel or C-S-H) is produced. Early on, the heat from the reaction builds up in the concrete mass. It then dissipates slowly over time.

The time frame of the cooling process depends on many variables, including:

The treatment of concrete using Xypex is performed in two primary ways, either:

Regardless of which installation method is used, cold temperatures will affect how Xypex technology reacts with moisture and the concrete. However, with each method the contributing factors are slightly different.

XYPEX AS A COATING SYSTEM

As a coating system, the active chemical ingredients in Xypex must first diffuse into the concrete’s cement matrix from the surface. The random movement of molecules, called “Brownian Motion”, drives diffusion.

As the temperature drops, the overall movement of molecules slows down, as does the rate of diffusion. This condition results in a slower introduction of Xypex chemicals into the concrete. This, in turn, corresponds with a slower Xypex effect overall.

XYPEX AS AN ADMIXTURE

As an admixture, the active chemicals in Xypex also diffuse, but from within the concrete matrix. If a crack occurs and water enters the concrete, the diffusion of chemicals helps speed up the crack healing process. However, the crystalline process (and its effect) will be slowed in colder temperatures.

Xypex crystalline development is generated from cement-chemistry-based reactions. These reactions result in the formation of a secondary crystal structure within the concrete. The growth of the Xypex crystalline structure depends partially on the availability of the ‘crystal-building blocks’ required by Xypex, comprising:

Low temperatures cause the slowing of the hydration process in concrete. In turn, this slows the rate at which by-products of cement hydration will be available for the Xypex crystalline reactions. This includes Calcium Hydroxide. Therefore, if cold temperatures occur soon after the initial Xypex treatment, the full waterproofing and crack healing effectiveness of the Xypex will be slowed.

The Xypex coating system is normally applied to existing concrete, or to concrete after it has been placed for at least several weeks. This means that it has already cooled to ambient temperatures

Xypex Admix, on the other hand, begins to develop a crystal structure immediately after placement. Consequently the concrete is still warm, resulting in the healing of some of the shrinkage cracks before the concrete cools. Load-induced cracking typically occurs months after concrete placement when the structural element has cooled.

If concrete temperatures are near or below freezing, the crack healing effect of Xypex treatment may be so slow as to appear to have stopped. However, general concrete chemistry principles, plus field experience, have provided two key positive indicators. These apply to both the Xypex coating system and Xypex Admix:

Indeed, experience confirms that, as with concrete strength-gain, low temperatures have no long-term negative impact on the waterproofing effectiveness of the Xypex crystalline technology.

Furthermore, even in low temperatures earlier Xypex healing and waterproofing can be achieved by hoarding-and-heating. Other techniques can also be used for curing concrete in cold temperatures.

Like most other waterproofing technologies, the Xypex waterproofing and protection system is affected by low temperatures. If the temperature drops soon after installation, the rate of formation of the Xypex crystalline structure in the concrete will become slower.

In freezing temperatures, the Xypex effects may slow to the point of being essentially stopped. However, as the concrete warms, the Xypex system will reactivate to reach its full capability in terms of the crack-healing and overall concrete waterproofing effectiveness. Further, the process can be sped up through hoarding-and-heating, or other techniques to warm the concrete.


*Further reference information should be consulted for comprehensive guidelines and advice regarding the impact of cold temperatures on cement and concrete. 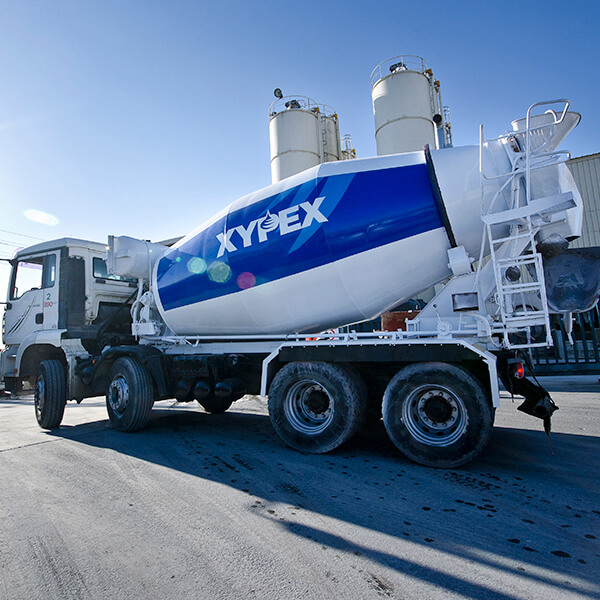 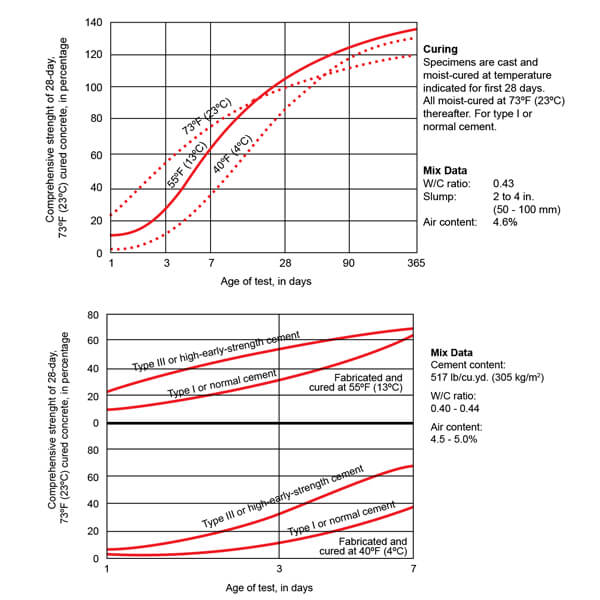 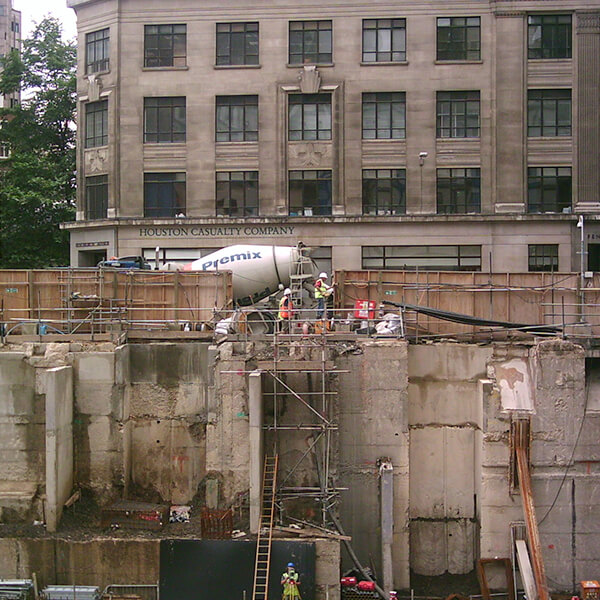 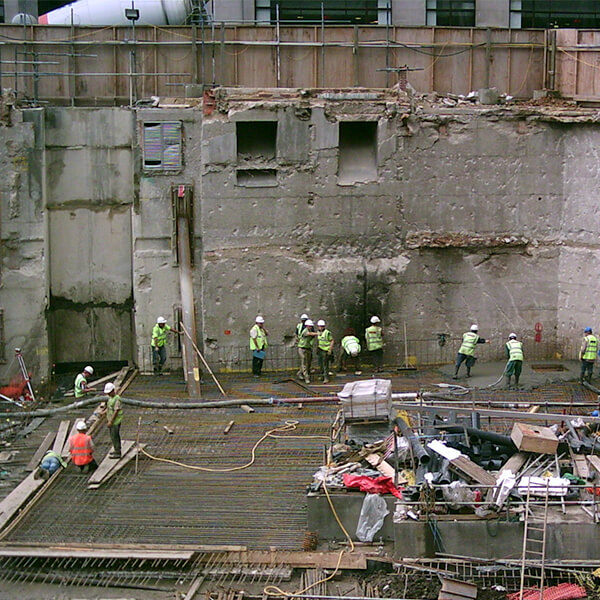 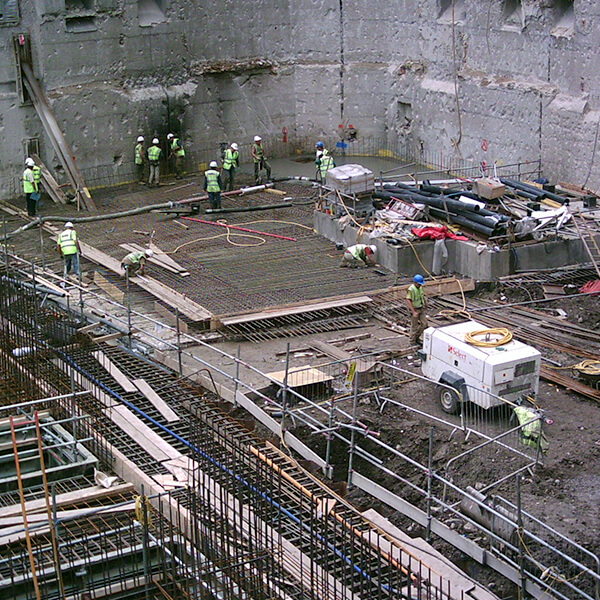 Concreting in Cold Weather with Xypex