SMR Projects Ltd, UK distributors of Xypex waterproofing by crystalization, are proud to support a range of sports through our sponsorship programme.

Since the beginning of 2018, SMR have sponsored world-class cyclist Helen Wyman under the Xypex brand. Helen is one of the best women’s cyclocross riders in the world, as well as a pioneer for female sports. As our sponsorship comes to a close, we look back at a time of triumph, collaboration, support and partnership.

THE BENEFIT OF SPONSORSHIP

From the start of our relationship with Helen and her team, the importance of sponsorship to the competitive landscape of professional cycling was clear. Through the provision of financial support, title sponsorship can make all the difference. Without such partnerships training time, professional expertise and competitive focus can be compromised.

Furthermore, sponsorship can re-enforce wider belief in sports participation and the possibilities of what can be achieved; for individuals and teams, but also for the greater good. Securing business backing to inject capital behind a sport or sports person helps give exposure to a wider audience. Moreover for the sponsor, being part of the sports season can be enlightening and emboldening. Witnessing first-hand what can be accomplished through hard work, team effort, stamina and perseverance is as relevant to business as it is to cycling.

SMR Projects operate in an industry that is working to improve inclusivity at all professional levels. The recent strides taken to create more opportunity and diversity in high level sports has been great to see. Although there is much more work to be done in both business and the sporting arena, there is common ground. Furthermore, recognising and nurturing ability is key to the collective success within a team, sport or industrial sector.

When selecting SMR Project’s sponsorship programme for 2018-19, Helen Wyman was the perfect fit. Helen’s commitment to her sport, as well as to creating real opportunities for the next generation of cyclists is inspiring; a great example of what can be achieved with belief and determination.

It’s been an eventful time. Along with many triumphs, there have been challenges and turning points. Here’s a few highlights we’d like to share.

SMR Projects Ltd agreed to be title sponsors under the Xypex brand, alongside Verge Sport for 2018-2019. Read about how we got involved in Cyclocross magazine >

Paris to Ancaster, Canada race – Helen comes 3rd woman overall and 1st in age category and 53rd overall amongst 1623 finishers. Read about the KindHuman bike behind the ride >

Helen wins the C2 race on day 1 of Jingle Cross in Iowa, US.

Xypex soft-shell jackets delivered for the team.
Xypex soft-shell spotted in the far distance on Stef…The Xypex blue is so prominent in the pits it could have been planned that way!

Following Helen’s Instagram account, we see that Stef still has his Xypex soft-shell on! We realise the team like their light-weight durability and easy-to-spot bright colour during pit stops!

SMR Projects couldn’t have asked for a better ambassador for the Xypex brand. Alongside her close-knit team, Helen Wyman has worked hard to keep Xypex at the core of her coverage. This included some amazing moments captured on camera, shared on social media and reported in interviews, articles and Helen’s online blog. Not only has this provided regular brand exposure during the season, but also some great material for communicating our business long term.

However, we also recognise how lucky we have been to have such a positive representative for Xypex. On and off the bike, here and overseas, during great wins and in the face of challenges, Helen has been a consummate professional of the highest standing. What a great example for the brand, our colleagues and our team.

SECURING A BRIGHT FUTURE FOR CYCLOCROSS

Alongside her achievements in the field, Helen has been a long-term advocate for greater equality in cyclocross on and off the bike.

Financial restraints are often a barrier to getting in to the sport. Recognising this, Helen created the #Helen100 initiative. As a result of the scheme, 100 women under the age of 23 have their the entry fees paid for at the national cyclocross championships in Kent.

On the back of this campaign, Helen also established the Helen 100 Trophy for girls aged 15 to 19. As a result, the first junior women’s race was held at Loenhout, Belgium, as part of the DVV Trophy Series. This was particularly significant as it is part of one of the world’s biggest cyclocross events. Furthermore, the race was held on 20th December 2018, the 20th anniversary of the first women’s elite race.

After a challenging year, Helen took the difficult decision to retire from top level professional cycling. Whatever she choses to do next, we wish Helen all the very best.

In conclusion to a fantastic sponsorship, we would like to take this opportunity to thank Helen, Stef and Alonso for all their hard work. It has given us both great pride and pleasure to be associated with Helen and her sport, as well as the causes for which she advocates and works so tirelessly. 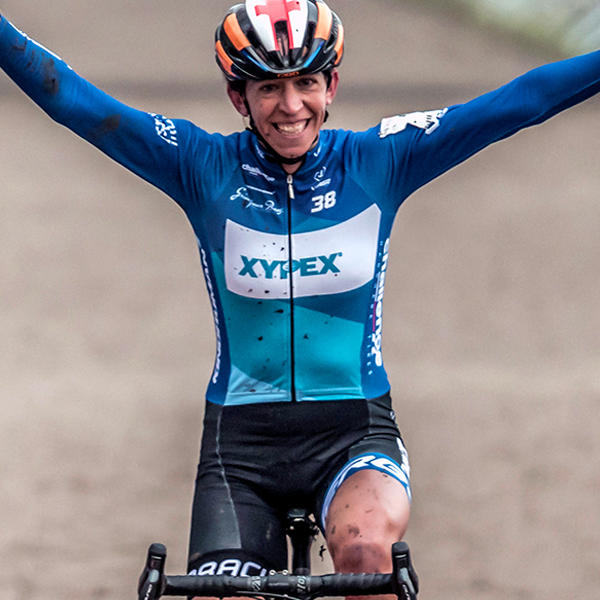 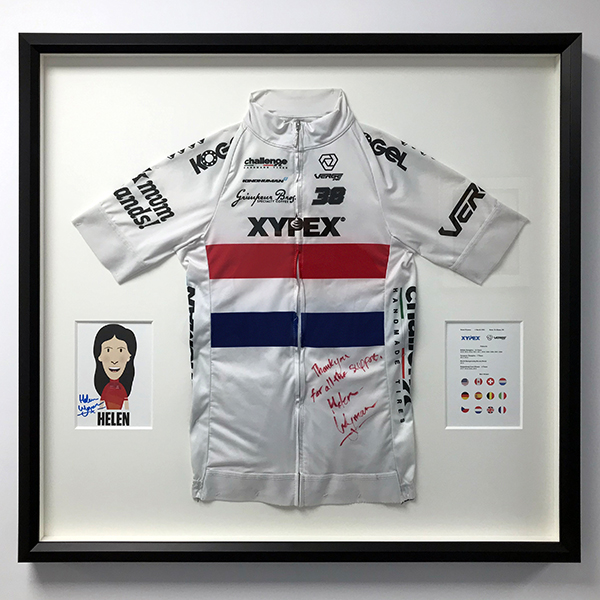 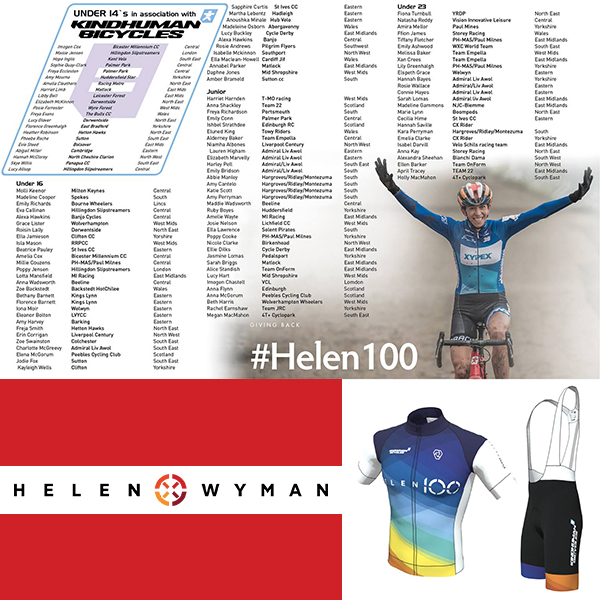 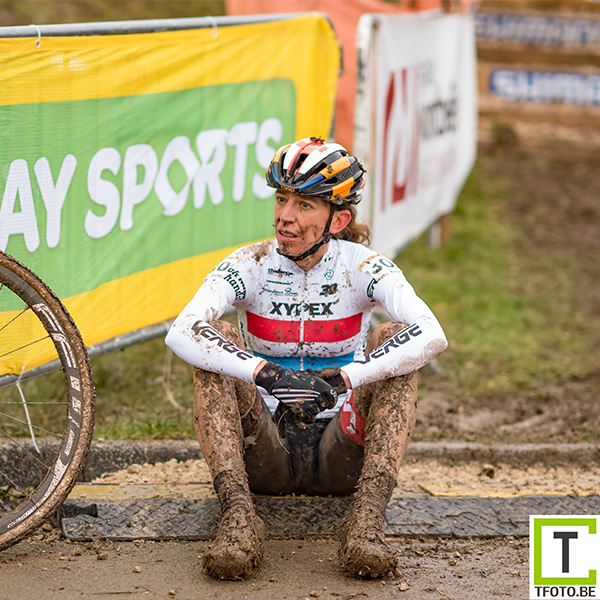 Read more about the #helen100 scheme