Waterproofing in 3 phases of a new-build hospital in Stoke on Trent, as part of a major modernisation programme designed to create step-change in the provision of local health care.

This large new build oncology and maternity block was a required to achieve a Grade 3 (BS 8102:2009) habitable environment for all the below ground structures including the underground corridors linking the different buildings and departments.

One area of the Oncology & Maternity block is a radiology area, with a concrete thickness up to 1.5m. Both the walls and slab were poured in Xypex Admix waterproof concrete, as it minimises thermal cracking. The walls were constructed using an RC liner wall (minimum 175mm thick) in front of a contiguous piled wall.

Xypex Admix was the only solution that both met the clients’ criteria and allowed the contractor to pour the concrete in sufficient quantities to meet the programme deadline and ensure cost efficiency.

To waterproof the new on-site hospital catering block, providing meals and snacks for over 1,000 patients. It was crucial that the food preparation and food storage areas were kept free from water ingress, particularly in this hospital environment where minimisation of the spread of bacteria and infections is crucial to patient care.

Xypex Admix was used within the DTC, along with Xypex Concentrate at the joints, to provide a totally waterproof environment within the kitchens.

The walls, which were 7m high, plus a 4m wide section of the slab directly underneath the wall, were cast in a C40 concrete containing Xypex Admix. A thickening to provide additional support to the retaining walls, also contained Xypex Admix and ensured integrated protection from water penetration.

As a result of using Xypex, the contractor was able to pour concrete without the usual limitations associated with traditional pore blocking admixtures, which reduced the number of joints required. This lowered the risk of water penetration and project costs, as well as recouping time lost within other areas of the build, ensuring the construction programme was kept on track.

To ensure the waterproofing of a safety critical 250m long tunnel housing the M&E cable and pipe network running from the new CSSD block and linking to the existing network of tunnels.

To enable these tunnels to be constructed within a short time frame, the contractor used the twin wall system by Kerkstoel. To ensure the waterproof integrity of the structure, Xypex Admix waterproof concrete was used for the 160mm thick ‘infill’ core contained between the pre cast panels. Xypex Admix was also used for the in situ slab and roof.

Project specific joints were detailed which utilised Xypex Concentrate as both a slurry coat and a dry-pac, to ensure the waterproofing integrity was complete.

In addition, repairs were carried out in numerous areas of the existing tunnel network where Xypex Admix hadn’t been used. Xypex Patch’n Plug and Xypex Concentrate were both utilised.

Xypex was the ideal solution for this project. We were able to produce project specific joints details for use with the Keorkstoil twin wall system, whilst still providing a full QA inspection so the joints could be warranted. In addition the self healing properties of Xypex makes it the ideal partner to precast concrete twin wall, where getting to the concrete infill in the future is impossible. 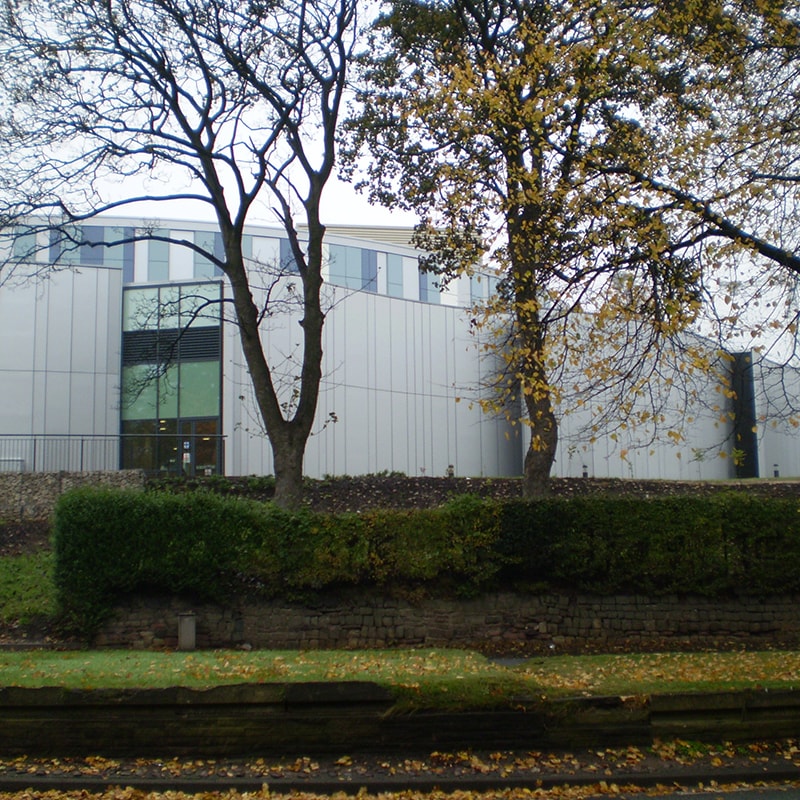